If a component needs to be called from the Apache OpenOffice user interface, it must be able to take part in the communication between the UI layer and the application objects. Apache OpenOffice uses command URLs for this purpose. When a user chooses an item in the user interface, a command URL is dispatched to the application framework and processed in a chain of responsibility until an object accepts the command and executes it, thus consuming the command URL. This mechanism is known as the dispatch framework, it is covered in detail in chapter Using the Dispatch Framework.

The left side of the illustration below shows the two possibilities for processing command URLs: either custom protocol handlers or the specialized job protocol. On the right, you see the job execution environment, which is used by the job protocol, but can also be used without command URLs from any source code. 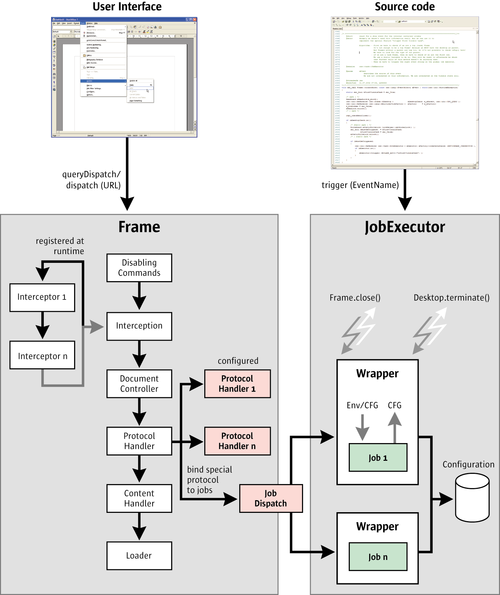