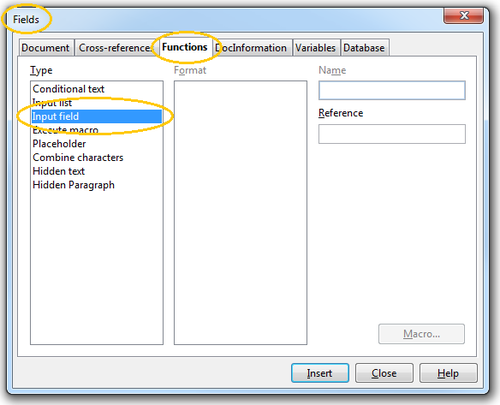 The user interface to create such a field is found in the Fields dialog on pane Variables. In advance the user has to create a user field. Then the user has to choose Type 'Input Field' and has to select the corresponding created user variable.

In the following the changes being in progress to solve Issue 33737 are given in detail. Currently the changes will only affect Text Input Fields and User Variable Input Fields.