The Welcome Screen/Start Center introduced in OOo 3.0 can be extended to provide additional important user functionality. At the same time, it should be designed and architected in a modular way that will make OOo feel much more "web2.0" and modern to our users. I propose renaming it the "OpenOffice.org Dashboard" to indicate how much it has been expanded.

The Dashboard not only unifies the various component apps of OOo, but it also can unify our traditional desktop application with our thriving online community. This is a unique opportunity we should take full advantage of!

Strategically, we should seek to better integrate the desktop OpenOffice.org with the web, both in its user experience design but in particular, with the web-based resources provided by the project itself. To many application developers, web-desktop integration has been a holy grail, and for good reason. The more active our users become with our web community, the more likely they are to stick with using OpenOffice for the longterm, and promote it to their networks of friends as well.

We can tap into the excitement of the social web and make OOo more than "just an office suite," which most people think is a boring piece of utilitarian software. Capturing the web excitement will also bring us greater loyalty from folks like Firefox users, many of whom still use MSO instead of OOo, since we have not captured their attention with our (excellent) featureset or built enough buzz among the digerati.

The Dashboard can be implemented as an HTML and Javascript-based live connection to web services and communities, while also providing an easy entry point for developers to get involved with OOo by building new widgets that users can install to customize their own dashboards. (Developers create these widgets with HTML and Javascript, which expands the potential developer audience as well.)

The goal is to provide an attractive interface that differentiates us from our competitors, and leverages the nature of OOo as a single program, rather than a collection of separate applications. Also, due to its design as HTML and Javascript, it's very easy to change the look and feel of the Dashboard very quickly.

Recent great applications that should influence the Dashboard concept include very high profile apps like Google Chrome, as well as some of the fastest-growing apps in recent memory, including Firefox and iTunes (specifically, the Music Store). Software users clearly enjoy these programs, as evidenced by their download numbers, so we should look to what OOo can learn from them in terms of design cues and the problems they solve for users.

I have developed the mockup shown below with the following design goals in mind:

Thanks to Justin M. for his design work in creating the following design comp based on the wireframes. 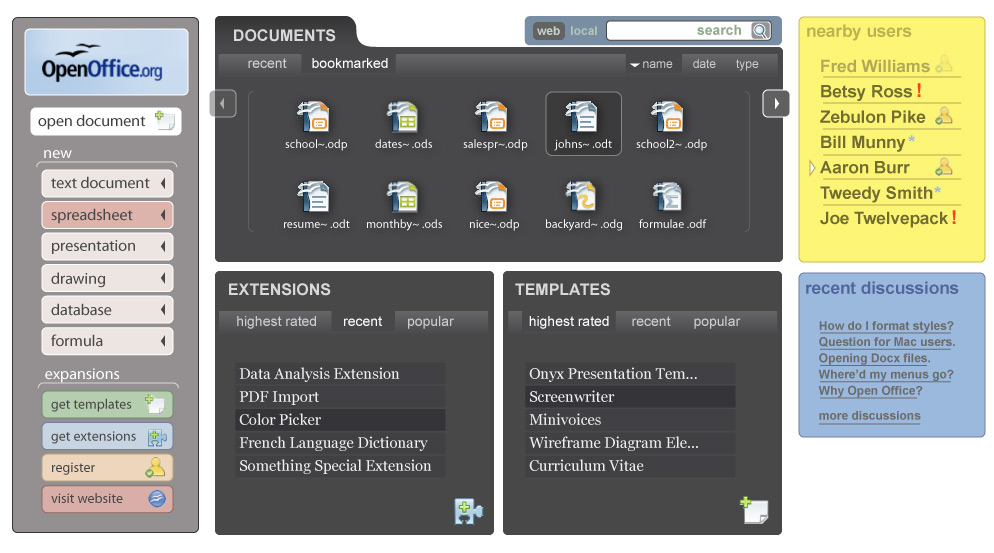 He also built an HTML demo version showing some of the functional behavior envisioned. 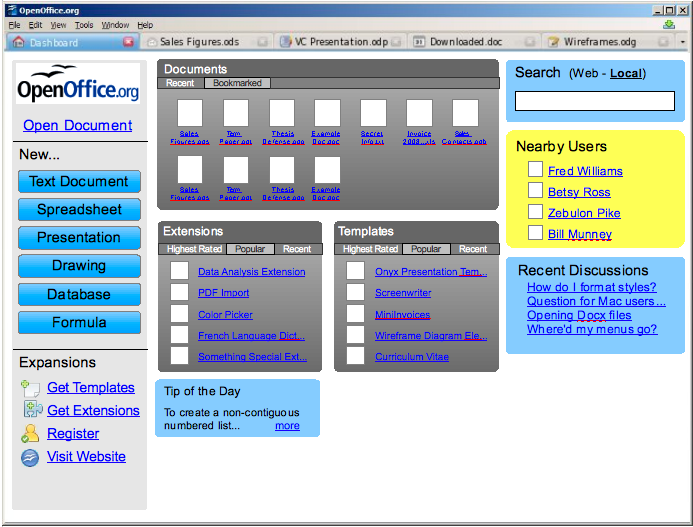 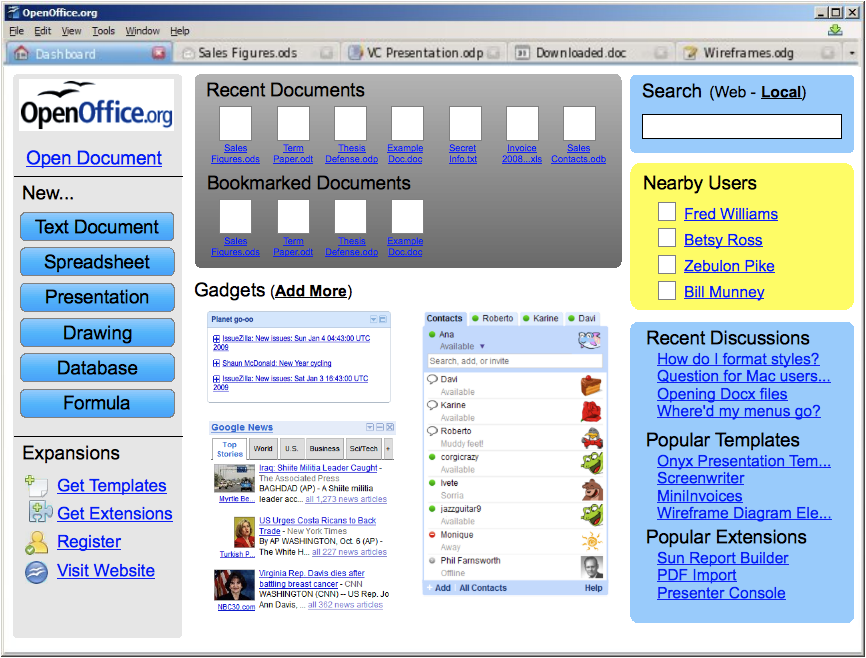 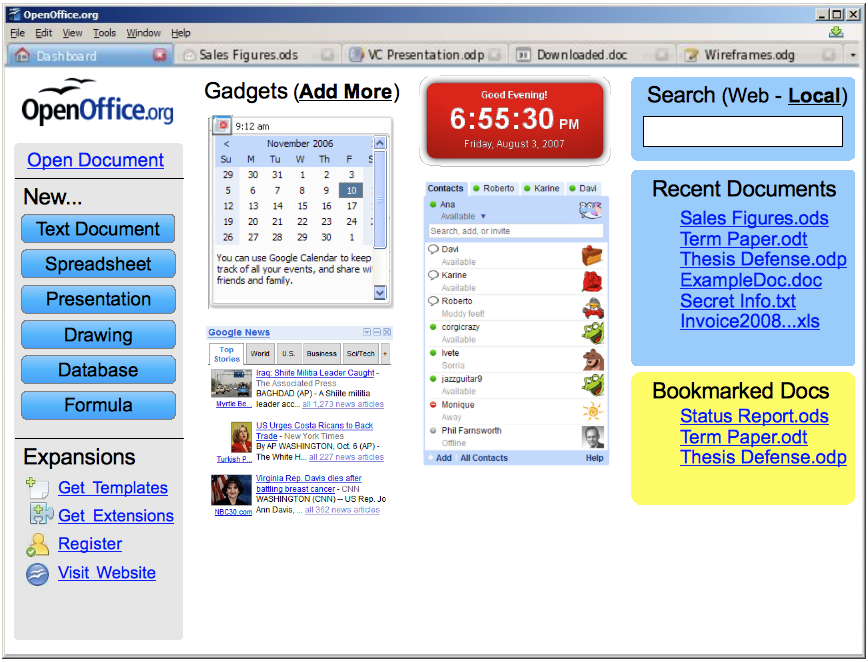