2. hide empty bullets: After starting a presentation also empty bullet points are shown .. this make no sense and look strange and ugly in a presentation - ms office hide them too, so a lot of people are already used to this more suggestiv behavior.

3. serial effect as default: if you have a set of bullet points and you want the single points to f.e. 'fly in' you should have the possibility to take the whole box and give it the effect that they serial fly in.

solution => mark object and define custom annimation (f.e. Fly in) - doubleclick the animation1 (or click the '...' button2) -> 'Effect Options' dialog appear: on tabpage 'Text Animation' choose listboxentrie 'By 1st level paragraphs' then you have the single fly in effect which is rather unconfortable. 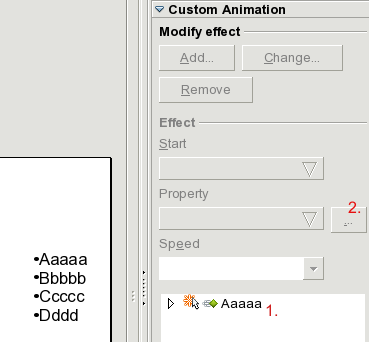 
Therefore, I would please for either a changed default color for drawing objects or even an entire changed color palette for all drawing objects (e.g. the same as used in the Chart module). 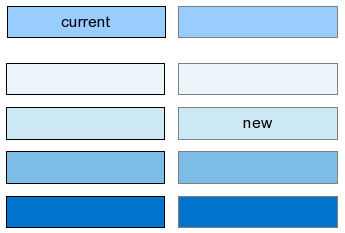 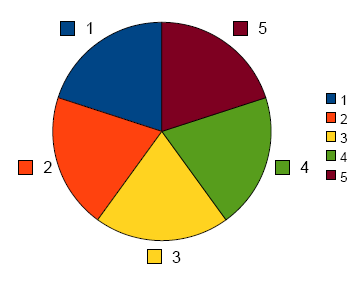 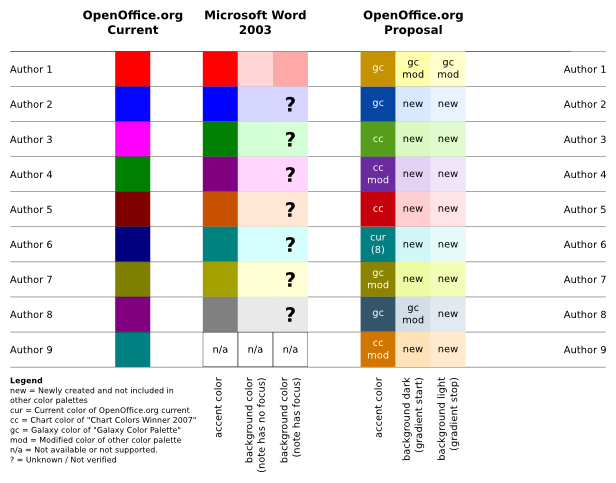 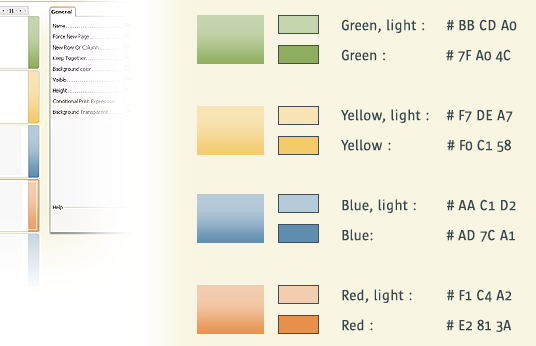 5. Change default Shadow: Default shadow should be transparent and smaller.
A better shadow effect can be achieved with Distance : 0,1 cm (instead of 0,3) ; Color : Black (instead of Grey) ; Transparency : 60 % (instead of 0%) => the transpirancy effect can cause huge delays by printing and is so not a good default in general .. and without transpirancy a black shadow looks strange, so the only senseful change is to make the shadow smaller by default. 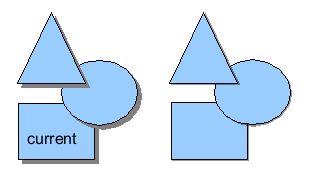 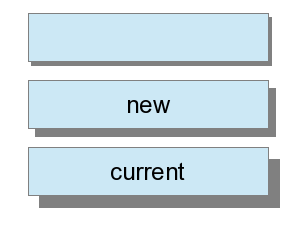 6. Change default pen color: the neon green color of the pen used to draw on a presentation is very difficult to see and the color is hard coded into OOo. I would like to see the default changed to perhaps black or red, as they are much easier colors to see.
(menue: slide show / slide show settings & check 'mouse pointer as pen' & starting a presentation) 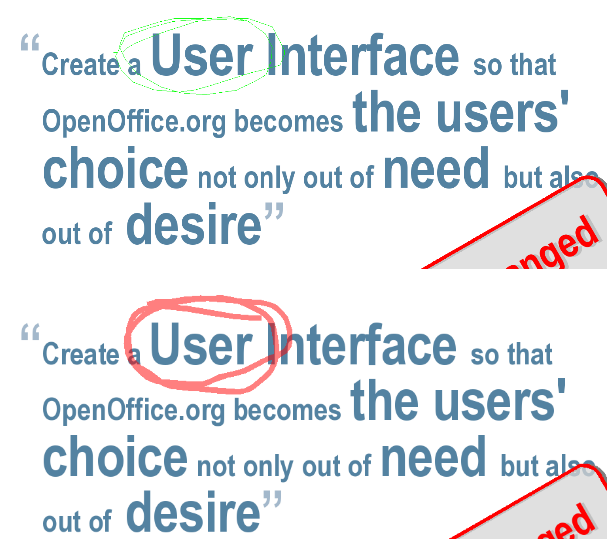 7. Eyedropper improved: after opening the Eyedropper dialog, you can choose a color from your bitmap graphic in your current presentation document for further manipulations. This color is not available outside of this dialog, but it should be. At least you should have the chance to recreate this color by knowing it's rgb values, but better would be to have the possibility to further use it in the 'color bar' if you want it. 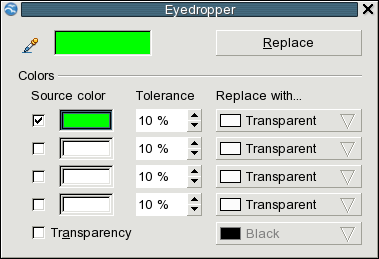 => deferred because of new colorpicker concept that will follow in near future and solve this problem from root cause on; except the name change in Color Replacer.

8. d&d of colors in 'Color Bar': from example the color dialog .. to create user defined palettes. at the moment you have only the possibility to add single colors from the Area/Color dialog in the color bar (pretty hidden) and they are append at the end. to configure it by yourselfe f.e. by d&d would improve the current default color palette a lot.

=> deferred because of new color management concept that will follow in near future and solve this problem from root cause on.


9. Color dialog in toolbar: make the color dialog better available (at the moment pretty hidden: format/area/colors/modify) f.e. over an icon in the 'Line & Filling' toolbar and/or directly in the color bar for easier choosing own colors or change of the default color palette etc.. 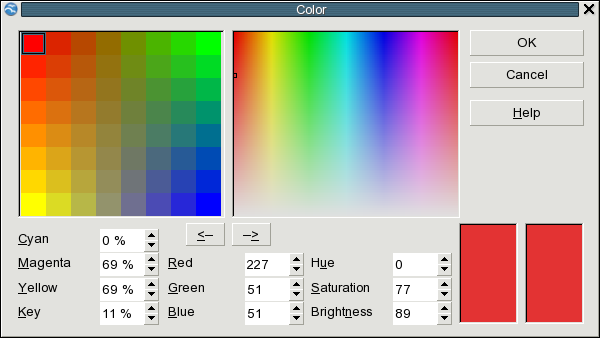 => deferred because of new color management concept that will follow in near future and solve this problem from root cause on.

10. Common shortcut for Comments: Inserting comments in OOo programmes is inconsistent. 1st: since the name has changed from "notes" to "comments", the keyboard short-cut in Writer is still Ctrl-Alt-N, but should be Ctrl-Alt-C now. 2nd: None of these short-cuts works in Impress or Calc.

11. Shortcut for insert Slides: I know I can right click on the preview panel and select the pop-up menu, also from menu Insert\Slide, but this shortcut is so frequently used and should not leave for user's customization. It will also make lives a lot easier for users who do not want to move hands frequent to grab mouse during their slide-making.
It would be nice to set it to Ctrl+M, as consistent to Powerpoint's settings.