This version contains mostly bugfixes, only small number of new features introduced in this version.

The HSQLDB 2.x built-in database engine integration, postponed again, now clear that the next version will contain the actual version of HSQLDB.

The new features listed below:

This "select as you type" feature, works pretty much like the same feature in normal list boxes (in fact, the implementation for the latter has simply been outsourced, abstracted, and applied to tree lists), i.e.:

Since the Mozilla product has long been superseded by the SeaMonkey suite, and the profile formats of both changed incompatibly, the Mozilla Address Book support in OpenOffice.org has been removed, in favor of support for the SeaMonkey address books.

This means that all places in the UI which referred to a Mozilla Address Book (e.g. in the "New Database" wizard) have been adjusted to refer to SeaMonkey instead. 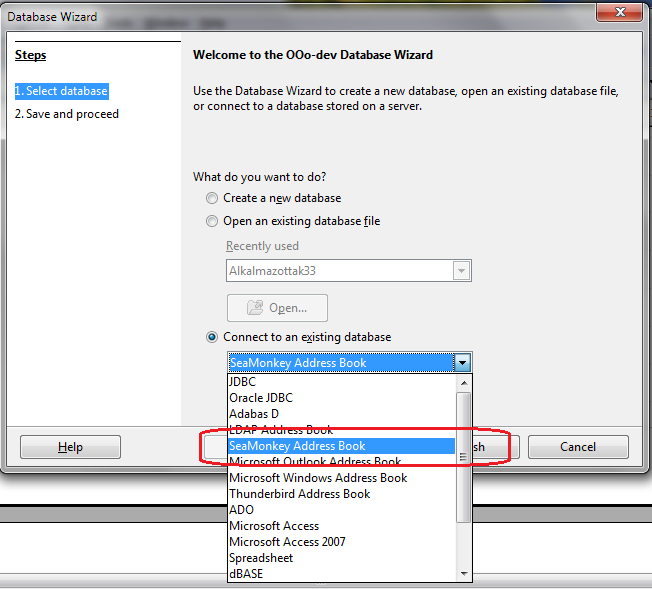 List box controls: "Bound field" is allowed to be 0, too

The "Bound field" property of a list box control, specifying which column of the list boxes result set should be used for data exchange, can have the value "0" now.

Given that the value was always 0-based (i.e. "1" refers to the second column in the result set), the former minimum value "1" implied that the list result set must have at least two columns for the list box to be of use.

There was no real reason for this limitation to not allow "0" (except some stone-aged implementation quirks, which have been exorcised), so it has been removed. 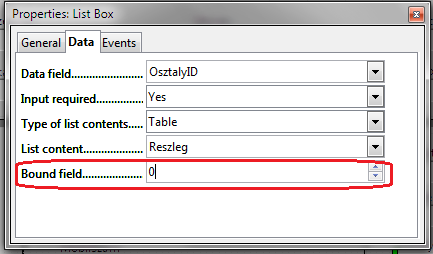 The MaxRowScan setting allows to define how many rows should be scanned to find the correct type of a column. In the past only the first row was scanned.

You can set it in Edit>Database>Advanced settings Special settings tab, for text source connected databases. 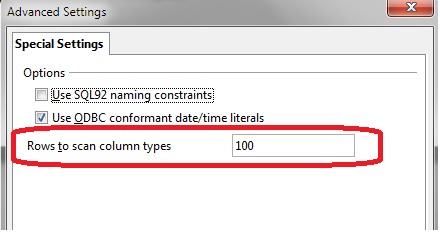